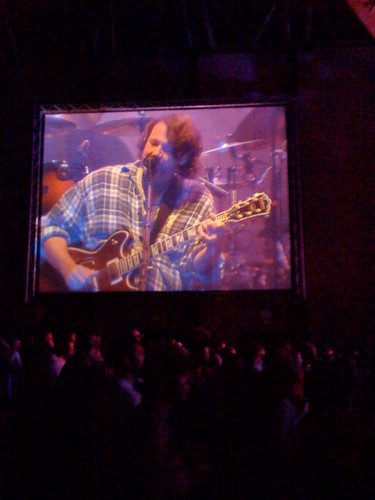 So Alexis, you don’t know her – so I’ll tell you about her – wicked intelligent and apparently a lecturer/professor. Not much more I can be reasonably sure about, since I haven’t spoken to her since 1990, but have connected via Facebook and randomly interacted and those are my impressions. A recent Facebook note I caught from my news feed represents an interesting way to engage the network and leverage the value of the relationships. Normally I would have missed the note, but the title required a click – “music as mood-altering”. So Alexis used Facebook as a follow up/drill down on input she received in her class as an educator – kinda cool social media use case. Connectivity and access to a network can produce some interesting stuff and I think her topic/question should definitely have a response. So with that baseline, Alexis asked her network the following in the Facebook note:

This semester I’m teaching a lower-division undergrad class on language and music. The topic for the past week has been music and emotion, and we’ve looked at a couple of attempts to somehow make concrete our understanding of the mechanisms through which music can pack such an emotional wallop. Some of the mechanisms people have proposed:

I’ve heard a lot now about my students and their emotional experiences with music, but what about you, my friends? Does it even makes sense to seek specific musical correlates to specific emotions? How universal (or individual) are emotional responses to music?

What an interesting way to leverage social media from an educational perspective. Not sure if this was the goal, but ultimately this event could be loosely or not-so loosely defined as primary research. Sampling could be an issue. Dewy Wins!

This question makes for a timely thing having just got back from spending a weekend with friends watching live music all weekend which was accompanied by shared emotional responses with say 8,000 other folk. I have the habit lately of keeping my own setlist mainly because I can’t get out as much with 4 kids to see live music and to refer to in meetings, at airports or with friends. For me the setlist represents not just the songs, but also the experience which definitely invokes emotions. The setlits conjures up items about the event/evening, a given song’s association, the people and what I’ve actually documented about a given line item. Below are two examples from this week’s venture out to see Widespread Panic, it also represents my answer to the question posed. Typically I would edit before I post, but in the name of research/content analysis….

Chest fever.
Arlene
Bust it big.
Weight of the world.

up all night bramblett mega blasters

You should be glad

Momma told me not to come.3dg

The funny thing about reading your setlist later, no matter what I’m doing or where I’m at it — even thought of music is mood altering.

Random proof-point: In the Fox News clip below you can clearly see music alters the Anchors’ moods.   I’m not so sure about the chunk of coal reference, but they could turn Jimmy down a little.