So had the opportunity to talk a little bit thursday and meet some folks for the first time at Manuel’s as social Atlanta showed up for 2 key sessions – Social Media Club Atlanta Chapter and planning for SoCon09.  The first part of the night was trying to figure out what to do for SOCon09, I more listened and distracted than added value, but I was there and tried to help.

SoCon09 is apparently the region’s premier social media thingy, so I’ll be there and apparently I’ll donate some time too.  If you are in Atlanta February 5 and 6, it should be a good time.  I really don’t know how you register, what it costs or like any of that  This is probably something I should know, but I don’t.

The best comment of the night was “Deal with it, Atlanta isn’t silicon valley” and that’s true, you don’t think cool technology or investment, wish I remember who said it.  That being said the level of interest, desire to improve and to develop interesting relationships is alive and well in the south. 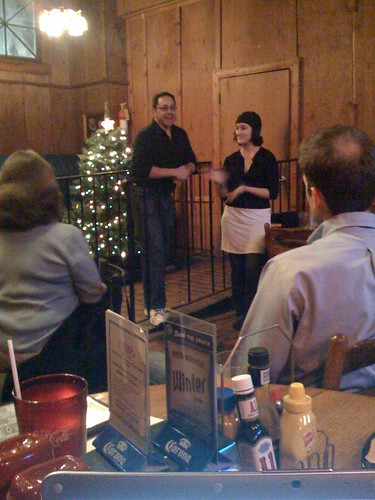 The Social Media Club sucked up the second half of the night and provided for an interesting discussion with the active participants.  Peter Fasano definitely sparked a little conversation around the room with the discussion topic/theme of Retail and social media.

Many thanks to the Regator folks who bought drinks and for Tessa and Peter organizing it and getting the ~30 people together.

In the end, there are some really interesting folks in ATL doing this social media thing, some of which I knew about, other who I didn’t like Dan Greenfield.  My only complaint was it made for a rather late day, as I slid into the Unicorn to catch some band, who I equated to Nanci Griffith with a synthesizer. Not really a complaint and not really any bad times. 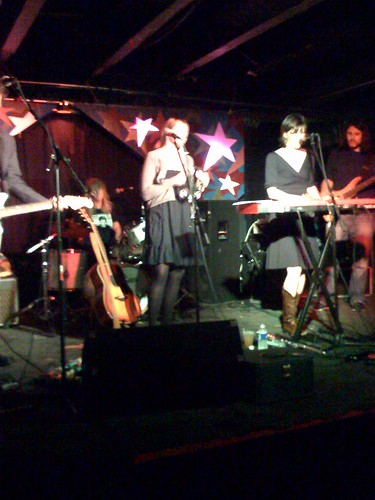 What’s Social Media Club?  Check it out and get involved!

Really? Kinda has a social media revival feel to it

Find your persona! Be your blog’s product manager